I came across interior designer Christine Lane, when I was searching the web for some inspirational images and just fell in love with her portfolio!!

Thanks http://christinelaneinteriors.com/index.php for the inspiration!

Demask & Dentelle is back with some inspiring ideas!

Vanessa from Damask & Dentelle is back to share some inspiring design/decor ideas and she has some exciting news to share! Congratulations!!


It’s been a while since I chatted with you last, and it is by no means because of a lack of things to tell you… but more likely due to a horrendous schedule. I am SO vey proud to tell you that I just landed my very first TV show here in Québec on a French specialized network called Canal Vie. Let’s just say that it kinda kept me very busy. Anyhoo, I am SO happy to be here once more and share with you some thoughts.

I came across these images and a whole lot of memories and fuzzy feelings came back to me. After living in California for a few years while attending university (and surfing everyday of course), I came to really love their casual yet sophisticated style. 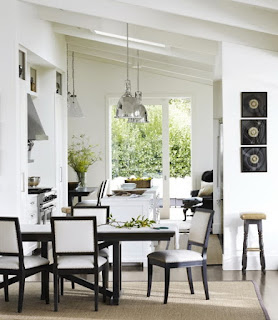 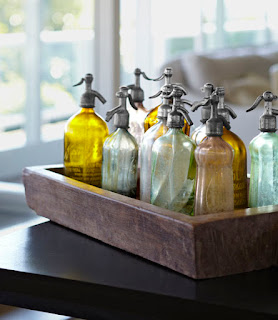 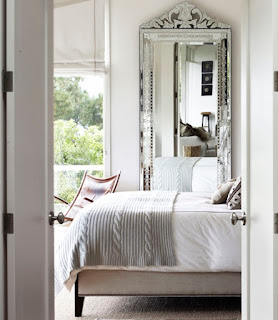 Airy rooms and soft textures, beaming light and industrial accents are all key features that, to me, define this style. I mean, let’s be serious here for a moment… wouldn’t it be great to sprawl here sipping a mojito? 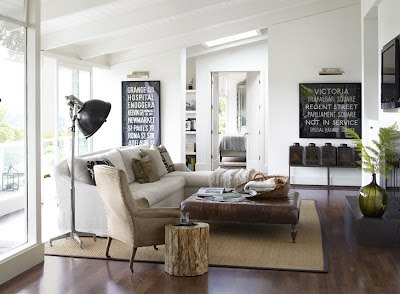 Let me interject in your delightful style binge for a moment more and point to the fact that this rustic looking settee and armoire are actually in the master bathroom. What a great idea to add both storage and decorate a vast space… although it wouldn’t be a problem in our bathroom which is the size of a post stamp, but hey it sure is something to look forward to right? 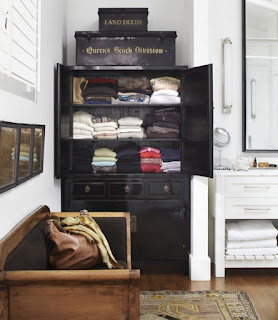 On these delightful images… tata and chat with you soon.
Xoxo
VANESSA SICOTTE | CRÉATRICE-CREATIVE MASTERMIND .

History on our Victoria Day Long Weekend or AKA May Two-Four!!

As we head into our May Two-Four long weekend I thought maybe we should brush up on what we are celebrating, other then cottage time, drinking, gathering with friends and fireworks!

"Victoria Day (in French: Fête de la Reine) is a federal Canadian public holiday celebrated on the last Monday before May 25, in honour of Queen Victoria's birthday. The date is also, simultaneously, that on which the current reigning Canadian sovereign's official birthday is recognized. It is sometimes informally considered as marking the beginning of the summer season in Canada. 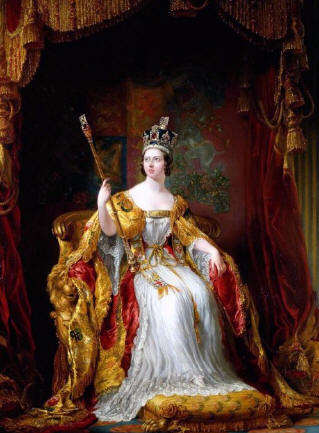 The birthday of Queen Victoria was a day for celebration in Canada long before Confederation, with the first legislation regarding the event being in 1845 passed by the parliament of the Province of Canada to officially recognize May 24 as the Queen's birthday.[1] It was noted that on that date in 1854, the 35th birthday of Queen Victoria, some 5,000 residents of Canada West gathered in front of Government House (near present day King and Simcoe Streets in Toronto) to "give cheers to their queen."[2] On May 24, 1866, the town of Omemee, also in Canada West, mounted a day-long fête to mark the occasion, including a gun salute at midnight, pre-dawn serenades, picnics, athletic competitions, a display of illuminations, and a torch-light procession.[3]

Following the death of Queen Victoria in 1901, May 24 was by imperial decree made Empire Day throughout the British Empire, while, in Canada, it became officially known as Victoria Day,[1] a date to remember the late queen, who was deemed the "Mother of Confederation".[4] Over the ensuing decades, the official date in Canada of the reigning sovereign's birthday changed through various royal proclamations until the haphazard format was abandoned in 1952. That year, the Governor-General-in-Council moved Empire Day and an amendment to the law moved Victoria Day both to the Monday before May 25,[1][5] and the monarch's official birthday in Canada was by regular vice-regal proclamations made to fall on this same date every year between 1953 and January 31, 1957, when the link was made permanent by royal proclamation.[1][6] The following year, Empire Day was renamed Commonwealth Day and in 1977 it was moved to the second Monday in March, leaving the Monday before May 25 only as both Victoria Day and the Queen's Birthday.
Victoria Day celebrations were marred by tragedy in 1881, when a passenger ferry named Victoria overturned in the Thames River, near London, Ontario. The boat departed in the evening with 600 to 800 people on board — three times the allowable passenger capacity — and capsized part way across the river, drowning some 182 individuals, including a large number of children who had been with their families for Victoria Day picnics at Springbank Park. The event came to be known as the Victoria Day disaster.[7]"

Thanks Wikipedia!! Have a safe and fun long weekend everyone!!! Interior Designer Brad Ford, really nothing else needs to be said!
His stunning design style is very clean, simple lines with an eclectic twist, what more needs to be said! Except that I am lovin his portfolio. My favorite things this month is definitely Brad's interiors and the furniture pieces he uses within them. Great Inspiration for all!   http://bradfordid.com/ 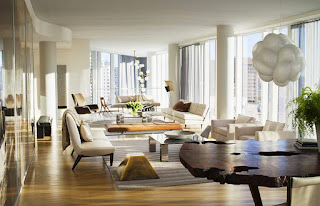 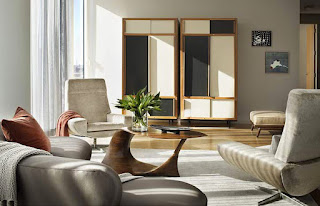 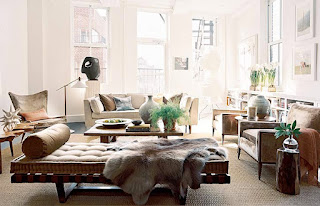 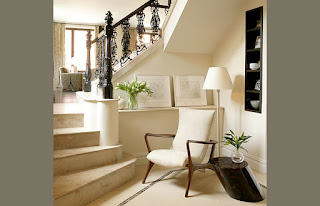 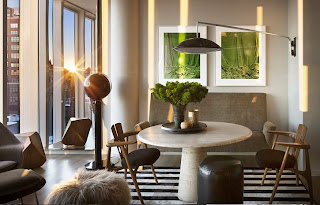 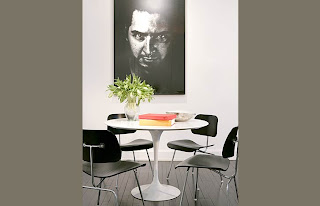 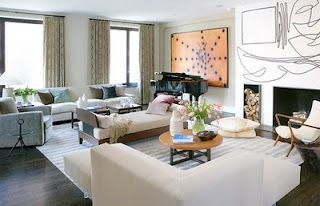 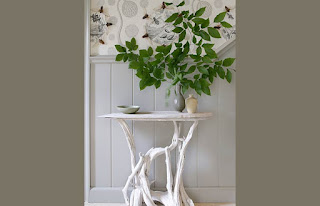 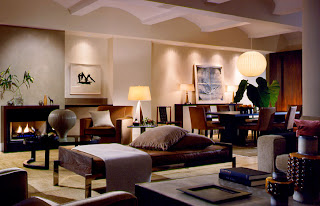 Remember when decorating rules were carved in stone, and included the edict that one must stick to


one style or era in a room? Those days are long gone — good news for those who like to mix it up. Now, it’s all about pulling together old and new, and mashing up styles and periods to create layered, textured, eclectic spaces.

Not only does this new direction foster more individual, personalized décor, it offers another noteworthy benefit. Because you can get the look by revamping  inexpensive, unassuming pieces found on classified sites like Kijiji www.kijiji.ca, it’s also eco-friendly and highly affordable.


Recently, I created several home décor gems out of gently-used items easily found on Kijiji, which has recently added outdoor items, appliances and reno materials as distinct categories, making searching even easier. If you can’t immediately find what you’re looking for, sign up for an alert when an item that matches your search term comes online.


Here are a couple of projects that I hope inspire you to turn a second-hand find into something sensational. 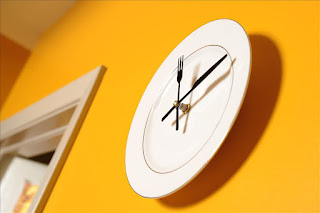 Individual plates make great wall clocks.  All you need is a plate, along with clocks hands (they come in cute shapes, such as knives and forks, hammers and screwdrivers or fishing rods) and a movement, both of which are available for less than $10.

To make, slowly and carefully drill a small hole in the centre of the plate. Place a piece of tape over the drill spot to keep it from cracking and added a few drops of water as you go along to keep the drill bit cool and lubricated (mineral oil works for that, too.). Then attach the movement and hands.


Check out the fabric section, too, and don’t discount linen tablecloths just because it has a tear or stain. Use still-good stuff into pillow shams, napkins, or tea and guest towels.

Plain pillow shams can be dressed up with fabric paint. I tried two methods. One was to simply tape straight lines with Scotch Blue tape www.scotchblue.com along a pillow and paint it out in cheery colours. For another pillow, I made my own stencil by hanging a length of the tape from a doorway and, using hole-punchers with two different sizes of holes, randomly punching a pattern. You can also get special edger punches with various designs. Remember to wipe excess paint from a small brush and brush lightly on the fabric (better here to do a couple of light coats than one thick one.)The same technique works on a glass vase, which could also be easily transformed with some craft glue and a remnant of prettily patterned fabric. 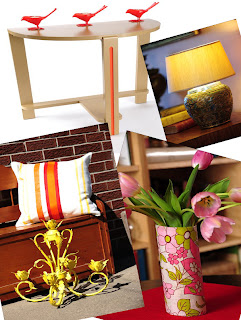 Not all pieces need to be entirely made over. I had no interest in stripping or painting the ornate legs on another older end table, but the top of it was damaged. I cleaned and oiled the legs before sanding the top and smoothing out dents with wood filler. On went a coat of primer (don’t skip this step!) and then a layer of Jute from Pittsburgh Paints and a narrow trim with Farrow and Ball’s Blazer — a warm, orangey-red. (Ahem – the ScotchBlue tape came in handy here as well – because my hand is not that steady.)

I’ve since discovered that mixing original finishes with freshly painted surfaces is a trend that’s turning up in décor mags and on hip design blogs. Turns out that it’s cool to save money and decorate sustainably — music to the ears of those who frown upon throwaway design, and want to create spaces that reflect their own unique taste.

Thanks Vicky for sharing your DIY Projects!!

Until next time,
w&c designer girl!